It was cloudy and cold this morning so I checked my still-long list of indoor activities.  The Musée des Arts et Métiers wouldn’t have jumped out at me but a friend recommended it so I decided to stroll up there.

On the way I ran across a big old church, Saint-Nicolas-des-Champs. 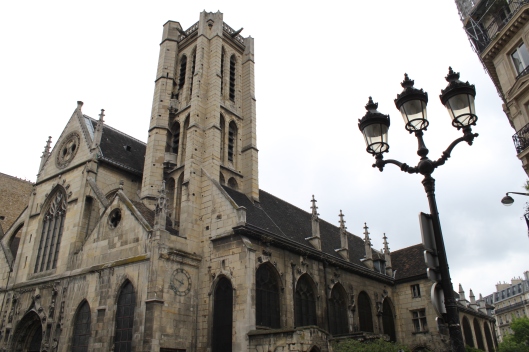 Église Saint-Nicholas-des-champs, in the 3eme, was built in the 12th, 15th and 17th centuries.

In Boston this would be one of the most important buildings in the city but I’d never heard of it and it wasn’t in my guidebook. What struck me about the interior was a series of large religious paintings which seemed surprisingly good. Also a wonderful nun who surely would have taken off in a high wind:

When I stepped out of the church I noticed a triumphal arch at the end of the street, which seemed to call for a closer look.  It turned out to be at the spot of the ancient Porte Saint-Martin.

After a good lunch at L’Absinthe Café, which I remembered from our HGLC dinner, I finally made it to the Musée des Arts et Métiers.  It covers the history of science and technology through a gigantic collection of instruments, devices, machines and vehicles. 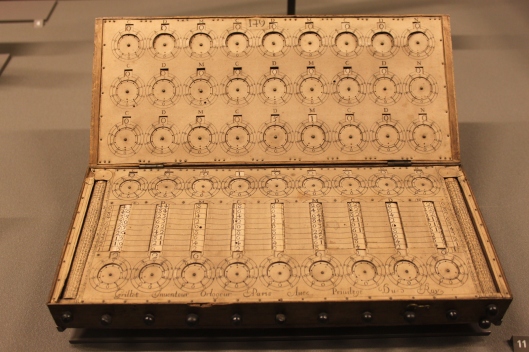 The museum was completely renovated in 2000 and the presentation is mostly excellent, although the sheer quantity of stuff is a bit overwhelming.  The pièce de résistance is the chapel of a former abbey that has been converted into a display of historic vehicles, plus yet another statue of liberty.

The chapel at the musée des Arts et Métiers.

This evening I saw the film Le Fil.  It’s a coming-out story with two twists: it’s set in Tunisia and the hero marries a woman (but still lives happily ever after with his male lover).  I followed the story just fine even though it was a lot easier to read the French subtitles when people spoke in Arabic than it was to follow their spoken French.  The boys were very good looking so I didn’t much mind the made-for-tv plot.  It was value for money in any case since for some reason the local cinema is only charging 3,50 Euros this week.   So add that to the (short) list of things that are cheaper here: wine, cheese and mustard.