Our last day together was drizzly, but we set off nevertheless on foot for the Musée de la Vie romantique, which neither of us had seen in our many months in Paris.  Along the way we came across a beautiful bank building at the end of a nondescript side street off one of the Grands Boulevards: 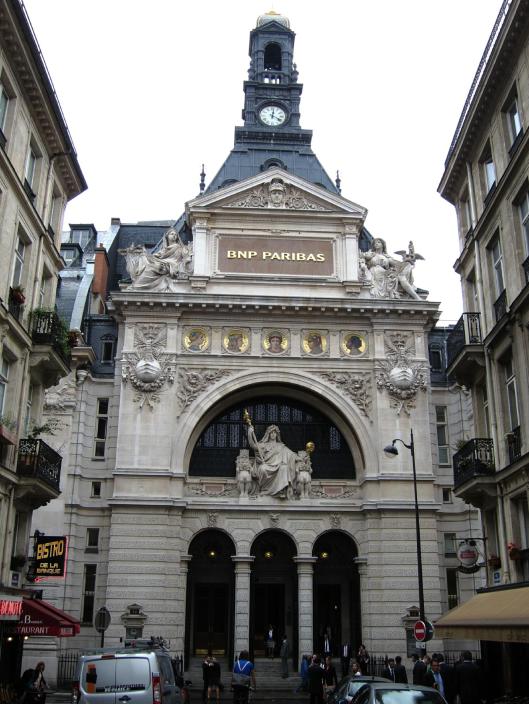 and I enjoyed this old outlet of the chain, Mère de la Famille: 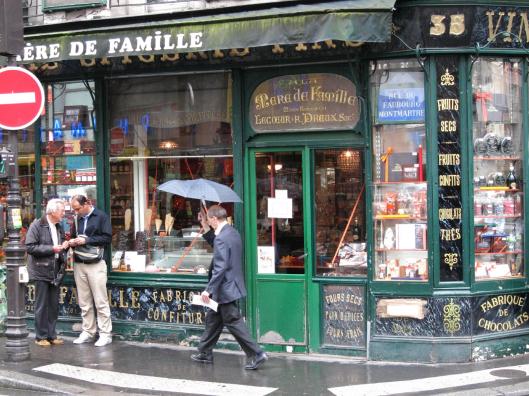 We stopped for lunch at a random café.  After a mysterious dressing down of a woman employee by the owner we each had a delicious fish meal, on a bed of leeks:

The museum itself was small and very 19th century, but charming in its way:

Jared spent the evening with his former classmates, while I met up with a friend for a drink at the Experimental Cocktail Club, a few doors down.  This evening there was a disk jockey, and I enjoyed his spinning as much as the cocktails themselves.

We said our farewells the next morning.  Jared took the train to Lausanne and I headed off to L’Ejumeau.