Jason’s first two days here were lovely — the best weather we have had this year. Sunday was mostly cloudy but still a comfortable temperature. We took advantage of the fine conditions to walk at least nine miles each day (though to my annoyance I left my fitbit at home yesterday).

On Friday we wandered across the Seine to the Latin Quarter, and took a couple of snapshots in the jardin du Luxembourg. 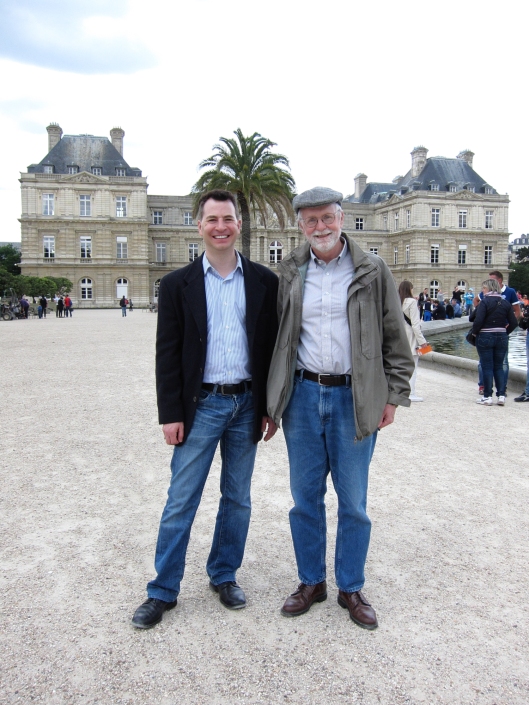 Jason and Bob, in front of the French Senate, in the jardin du Luxembourg. 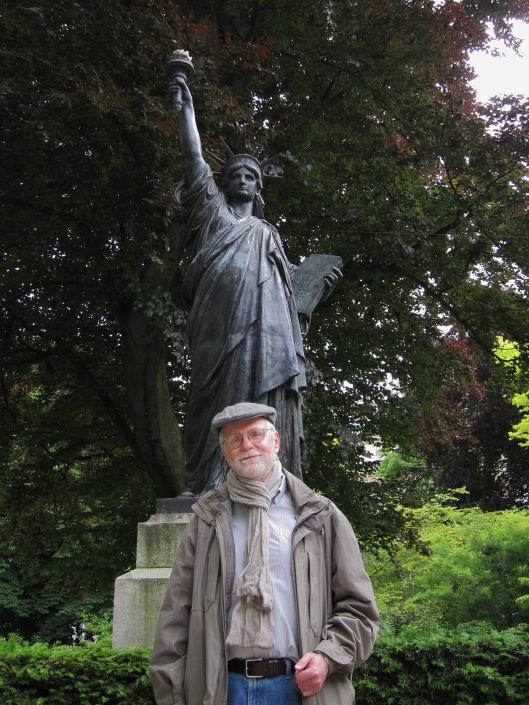 Bob with his Parisian scarf at the jardin du Luxembourg.

The tomato tarte Tatin, a signature appetizer at La Chaise au plafond in the Marais.

On Saturday we strolled over to le musée d’Orsay, via a travel agency (billetterie) which sold us a priority ticket that allowed us to skip the painfully-long line. We were thrilled by the impressionists on the top floor, and I also really enjoyed galleries on the second floor of less famous contemporaries. Photography is now prohibited, but I grabbed a shot of the main hall — formerly a railroad station — and a favorite view from the café. 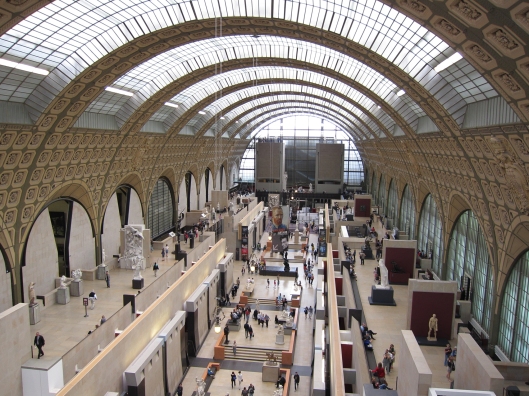 The Musée d’Orsay was formerly a railroad station. 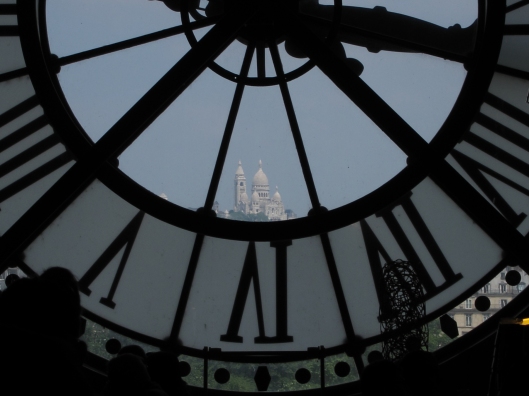 A favorite glimpse of Sacré Coeur through the clock in the café of the Musée d’Orsay.

We met up for dinner with two Swedish friends of Jason’s who happened to be in Paris at the same time. They were sweet guys as well as being easy on the eye. I somewhat randomly selected a restaurant in the Haut Marais from the Michelin Guide called Pramil. The menu was very appealing and the food was delicious and creative without being over the top, or unreasonably expensive. The only odd thing was the fact that all the other diners were rich, older American tourists. I felt under-dressed without a string of pearls! At least Chis wore a tie. 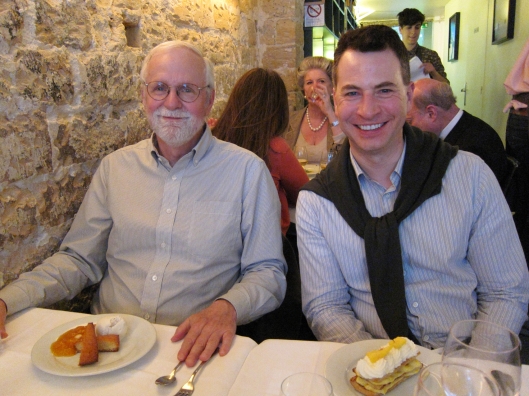 Bob and Jason with desserts at Pramil, in the Haut Marais. 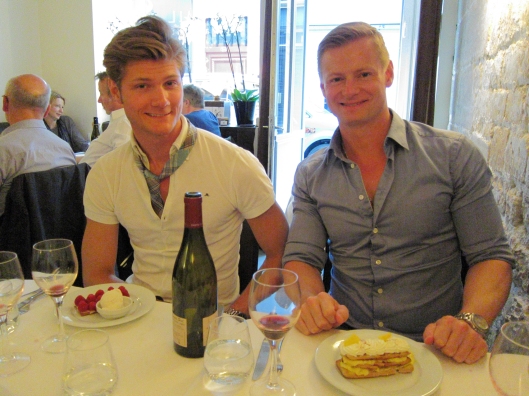 Chris and Marcus with desserts at Pramil, in the Haut Marais.

After dinner we did some serious bar-hopping: L’Open Café, Les Souffleurs and Le Duplex! Marcus and Chris seemed disappointed by the quality of the cocktails but the beer tasted fine to me. I met an old friend and a new friend at Le Duplex, which is becoming my favorite gay bar here.

On Sunday Jason and I met up with Lisa for a walk over to the Parc de Bercy and lunch on the banks of the Seine.

Jason, Lisa and Aya at the Parc de Bercy.

We wished Aya a happy ten-month birthday, and she rewarded us with some lovely smiles.

Miss Aya is ready for her closeup!

After lunch Jason and I visited the convivial terrace of Rosa Bonheur, then walked back via the Canal Saint-Martin. We had a good and moderately-priced meal at Le Chant des Voyelles in the Marais. The adjacent walking street was jammed with guys overflowing from the bear bar next door. Jason observed that almost every guy at both places had a beard, often around a week’s growth. We may indeed have reached “peak beard” but it’s nice while it lasts!

Mot du jour: doudou. Security blanket, or a the favorite soft toy of a small child.