On Friday I met Eugène at the Musée Maillol to see an really excellent exhibition (on through July 21) of impressionist (also pre- and post-) paintings collected during the 1950s by a Swiss multimillionaire, Emil Bührle.

In all my visits to Paris I had never been to the Maillol! Partly this was due to the fact that the permanent collection is mostly composed of busty babes, which I don’t mind but don’t particularly seek out. And I suspect it was partly due to my prejudice against the 6ème, which I’m coming to see is just as unfair as being prejudiced against all of Montmartre simply because it has a trampled-to-death tourist track. Yes, the vicinity of métro Saint-Germain-des Prés is painful. But just a few blocks away there are gorgeous and peaceful spots like Place de Furstenberg. 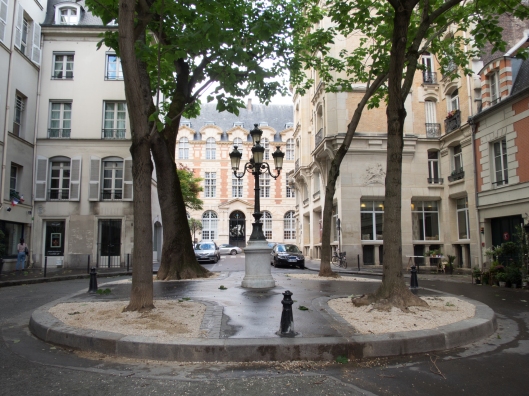 Place de Furstenberg in the 6ème

I have seen a lot of impressionist art this year, but I was nevertheless quite taken by the Bührle collection. He assembled a few excellent works from all the major figures of the age; in fact it somewhat resembled the survey collections that old and rich colleges (such as Williams and Brown) put together for their students, except that Bührle apparently had almost unlimited resources. A dozen of the works turned out to have been looted in World War II, but he was able to buy most of them a second time from the legitimate owners, then get reimbursed by the gallery from which he purchased them.

Here are just a few of my favorite pieces (retouched to remove some nagging reflections): 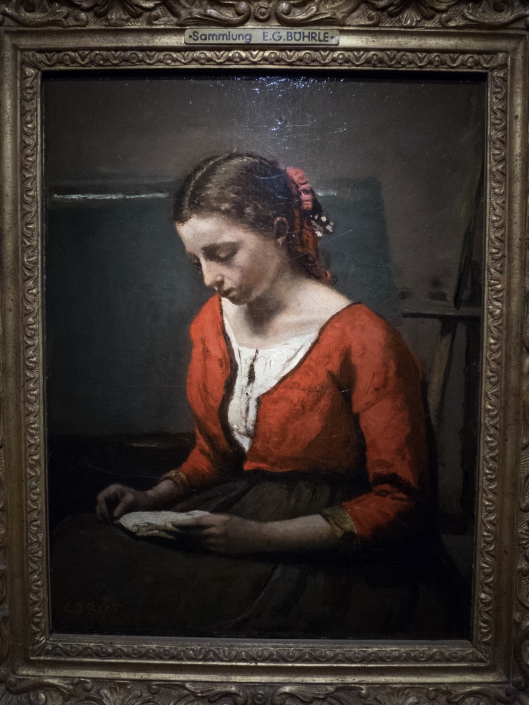 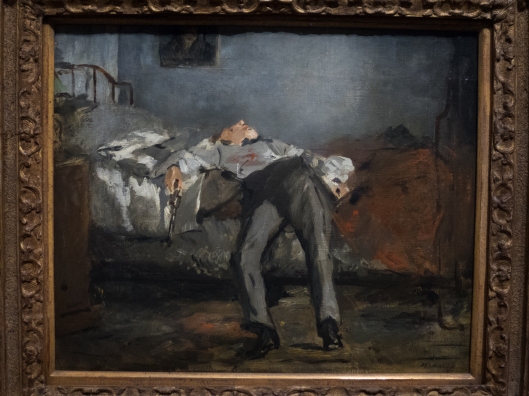 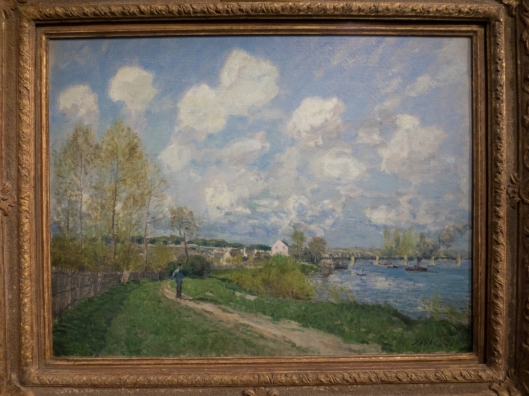 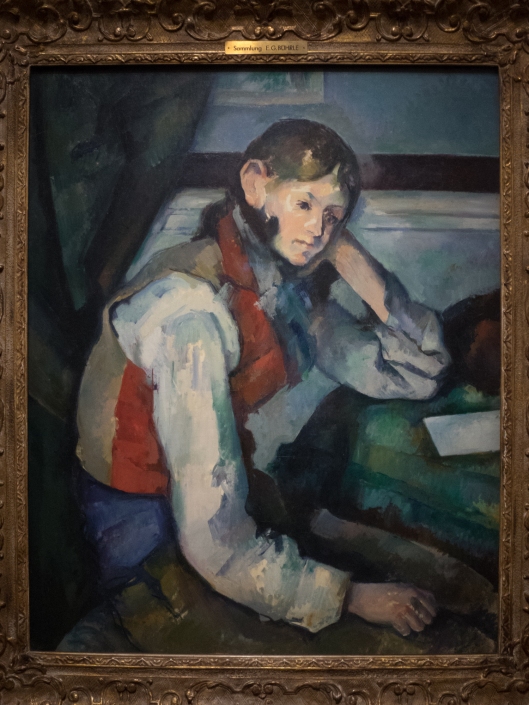 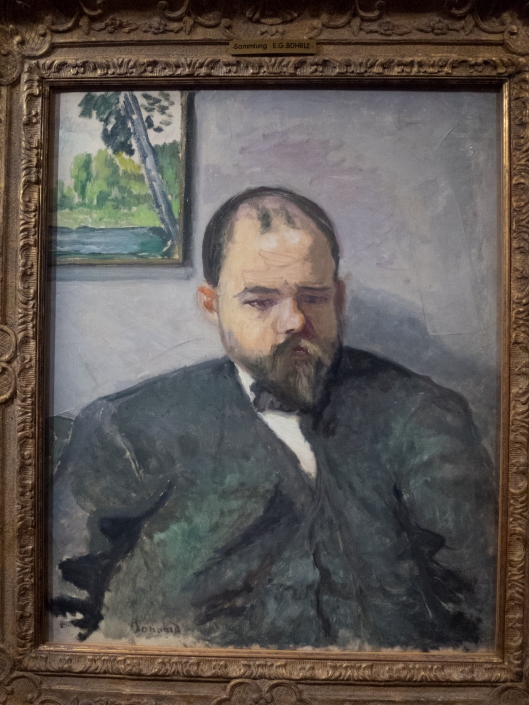 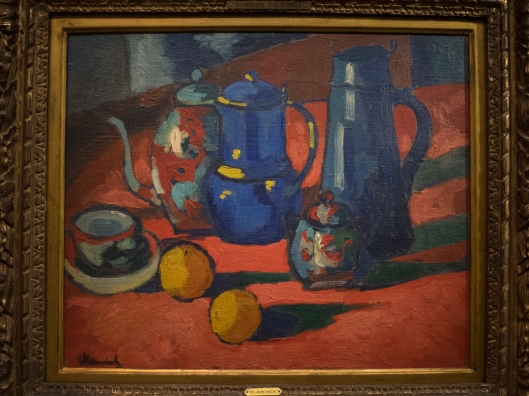 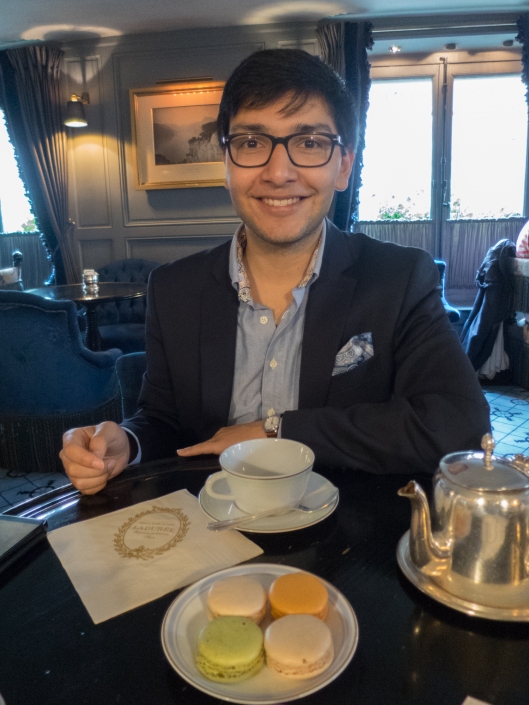 Eugène at Ladurée with my birthday macarons.

After the exhibition, Eugène took me out to Ladurée for tea to celebrate my mumble-th birthday, then over to Mariage Frères for a renewed supply of vanilla-flavored Thé des Impressionists.

Addendum: Eugène professed to see a resemblance between me and this 1887 (Suicide-3) selfie by Van Gogh. #WhoDidItBetter? 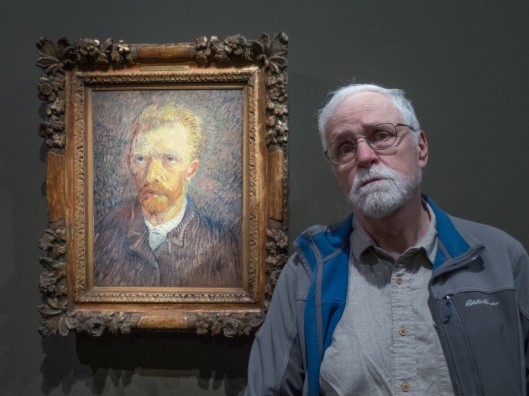 1 thought on “Art in Paris: The Bührle Collection at the Musée Maillol”