One of the delights of my second petit séjour, in 2011, was a long weekend trip to Strasbourg and Colmar with Jacques. Last Monday was a jour férié (a national holiday), so Zhizhong proposed a trip to take advantage of the three-day weekend. We had made a four-day road trip to Normandy and Brittany in 2014, so we’re seasoned traveling companions. We kicked around several options, but Zhizhong had never been to Strasbourg, and I remembered it fondly, so we decided to go there by train.

Train travel in France is a mixed blessing. The TGV (Train à Grande Vitesse or Very Fast Train, pronounced tay ghay vay) is quite fast (if not perhaps up to Chinese standards), and quite comfortable. The problem is that trains are subject to strikes, which are happening with a vengeance this year. To the credit of the unions, they announce in advance which days will be affected, and at this stage are striking only two days out of five. Saturday, when we wanted to go to Strasbourg, was a strike day, but Monday, when we planned to return, was not. The strikes only affect certain trains, so I was pleased to be able to reserve the train we wanted for Saturday morning. Then I got an email saying that it was cancelled! Then I got another email saying that it had been restored! It left on schedule and all was well. Ironically, the real issue we had was with the return train, which actually was cancelled (supprimé), for unstated reasons. Fortunately the next TGV was just an hour later and we were bumped up to first class (albeit barely distinguishable from second class). The trips took only 1 hour 50 minutes, half an hour less than in 2011. The bottom line was just fine, apart from a bit of anxiety and a bit of delay.

It was a short walk from the station to our hotel, and another short walk over to the magnificent cathedral. The crowds discouraged us from visiting it, but there are lots of pictures in my 2011 Strasbourg photo set. The cathedral and our hotel were both in the old city, called Grande-Île because it’s encircled by water (the river Ill one one side and a canal on the other).

The cathedral dominates much of Grande-Île

Our first evening, we wanted to get away from the tourist center to find a more local restaurant. Fortunately, Zhizhong did some research and found the Krutenau neighborhood near the university, south-east of Grande-Île. We enjoyed walking around it and found some interesting areas on our way to an excellent meal.

We stumbled across this ephemeral bar in the Krutenau neighborhood

The ephemeral bar included a contemporary art exhibit. This was by Hervé Bohnert.

On Sunday we visited the fine arts museum, which shares the Hôtel de Rohan, across from the cathedral, with several other museums. Strasbourg has a respectable regional collection, with a particular strength in Dutch realism. It does seem, however, as if someone skimmed the cream and took it off to Paris. The best pieces — except for a single good Corot — are either anonymous or from the studio of a well known painter. 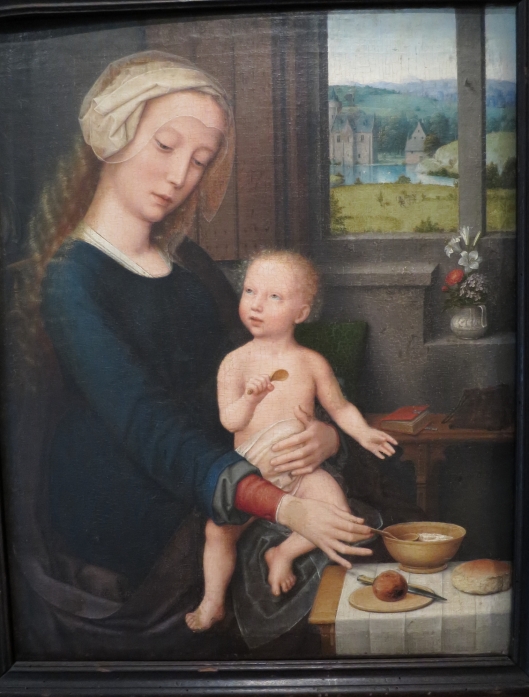 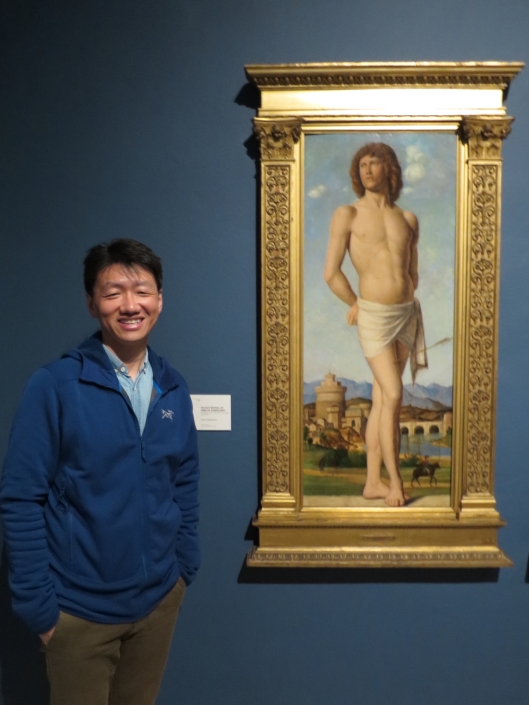 As always, we enjoyed exploring the various neighborhoods of the city. 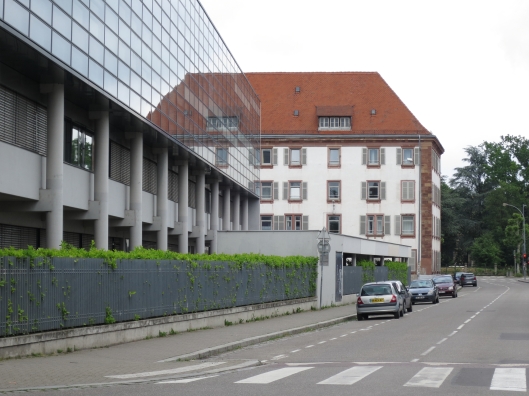 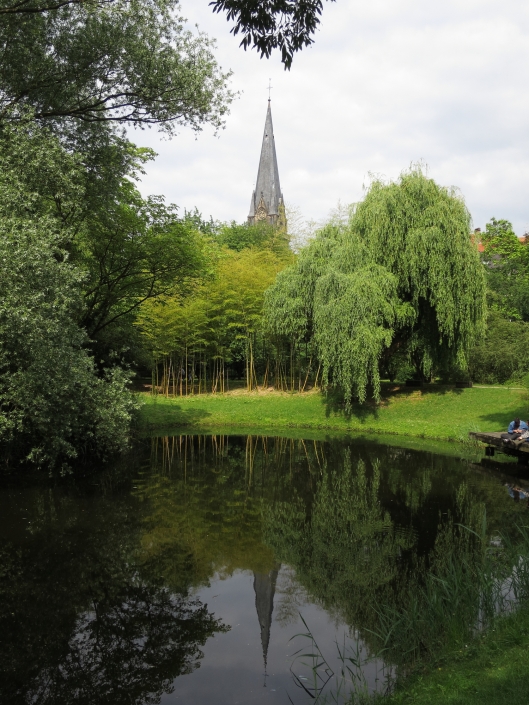 A bucolic view from the botanical gardens

I didn’t realize that Alsace was famous for nougat, or that it came in such enormous wheels.

Some of the most iconic views of Strasbourg are along its canals. The densest concentration of them is called La Petite-France.

A stroll along the banks of Grande-Île at evening

An iconic view of one of Strasbourg’s canals

But wait, didn’t we have any meals in Strasbourg? Yes we did!  Up next…

Update: Here’s a photo set with full-size versions of all the photos from my 2018 trip to Strasbourg: Strasbourg 2018 with Zhizhong