My last days in the 15ème with Jackie, Lisa and Aya sped by in a blur. I had arranged to check in on Tuesday to my new place in the 2ème (of which more later) to leave me free to focus on checkout from our shared apartment the next day. Tuesday evening after my check-in we all met up for an apéro at Berkeley Books, an English language book store in the 5ème that is the labor of love of Lisa’s great friend Phyllis Cohen. 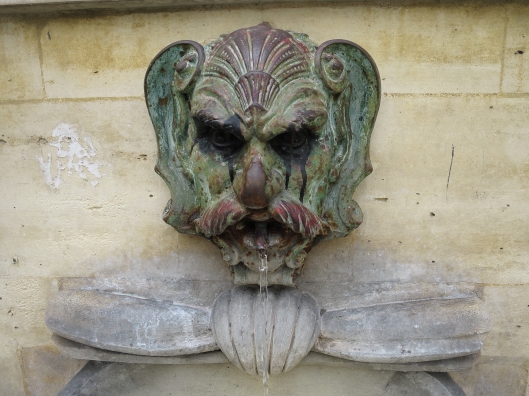 A little fountain I noticed on my walk down to Berkeley Books.

Joined by several of Phyllis’s cousins and a young friend we strolled a few doors down and had a marvelous organic dinner at L’épidon. 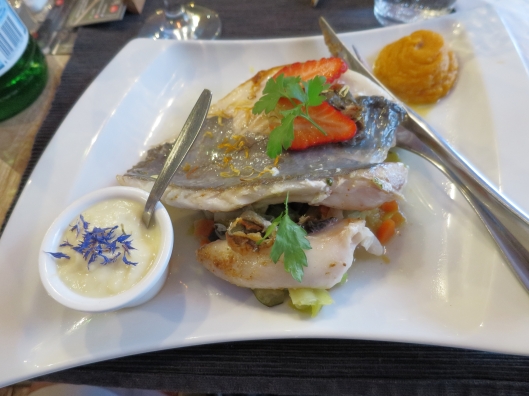 My filet of Saint Pierre at L’épidon 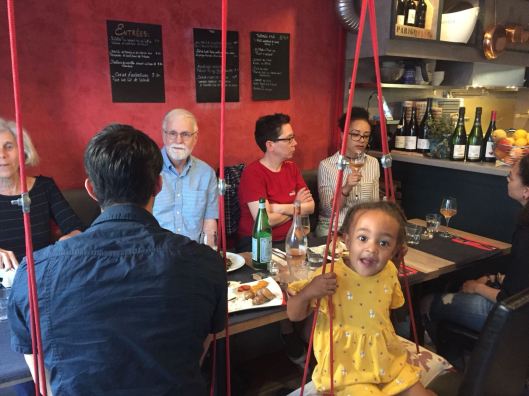 A unique feature of L’épidon is two swings in place of seats, to help keep children amused. 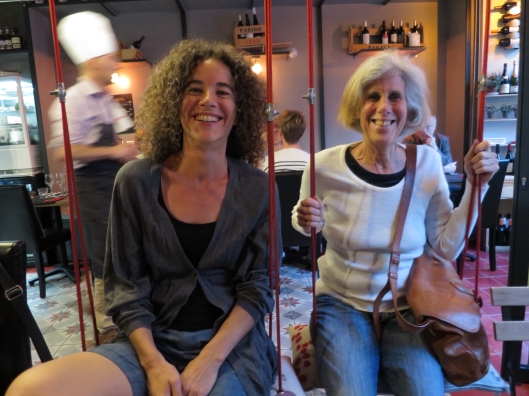 Getting everyone packed up on Wednesday morning was a minor project, since Jackie was moving to a different Airbnb, while Lisa and Aya were packing for the long trip back to Uganda. The check-in person was late because he encountered some of the same confusions we did about the precise entry and stairway. Then just as he arrived we noticed Aya playing with the pieces of a glass bird. It wasn’t clear whether or not she broke it but I acknowledged it to the checkout guy rather than trying to cover it up. It’s a minor miracle that there wasn’t more breakage than there was since the place is full of hundreds of tiny fragile objects! I bundled Jackie into an Uber, then helped Lisa carry luggage over to Ali’s place, from which they left very early the following morning. 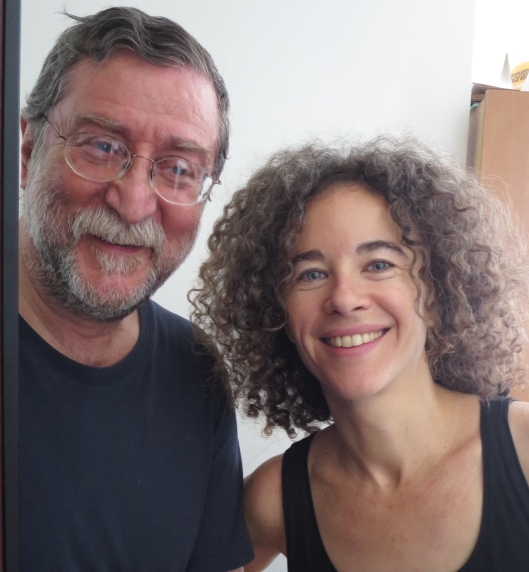 The most poignant farewell was between Lisa and Ali, but I felt a pang too when I said goodbye to them.

There were many farewells, as everyone went in their different directions. The most poignant was between Ali and Lisa, although they will see each other again in October. I hope to catch up with Ali again this visit myself, and also with Jackie, but I don’t know when my paths will cross again with Lisa and Aya. My time en famille in the 15ème was a special, and heretofore unique, part of my intermittent life in Paris.